RSS
← Hope SPRINGs Eternal Pt. 1
Paul Ryan, The Poor, and The Failings of the Modern Church →

After facecurtainista blessed you with “Sports In Real Life Vol. 2: The Future for Women’s Hoops“, we thought we’d follow up now that the women’s championship game has come and gone. For those of you keeping up with our “He Said/She Said” series, we’re back for a fourth installment.  Here are the first three (For Colored Girls, Making Love vs. Having Sex, Love Jones) in case you missed them.  I brought along our resident Threader who played collegiate basketball to discuss the aftermath of last night.  She brought you this gem that shattered myths about female basketball players.  I don’t pretend to be a huge women’s basketball fan, but like many men, I was tuned in and turned on.

Why were men suddenly so interested in watching a women’s basketball game?
He Said: Let me go ahead and just get this out of this way. This is why men were tuned in:

Yes, ladies, I said it.  We were intrigued by the sight of an attractive athlete who is actually really good at her craft.  She’s the rare combination of aesthetics and athletics.  The best part is that she wasn’t alone.  She was the main attraction, but A&M certainly had at least one who was also attractive and had a 51gnificant impact on her team.  The best part is that both of them are normal height and not freakishly tall.  Honestly, how many attractive, standout female athletes do we have to pick from?  I’ll wait.  This is the best example I can think of… 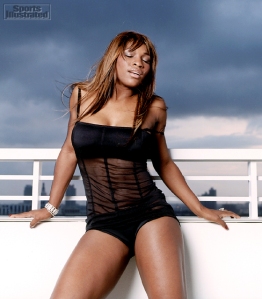 Her huge arms and grunts tend to turn me off from time to time, though. Honorable mention: Jennie Finch (former athlete), Allyson Felix (we’re lucky to see her twice a year), & Candace Parker (freakishly tall and married)

She Said: Let me go ahead and just get this out of the way. Men think with their heads…(nope not the one, the other one) This is how I know: 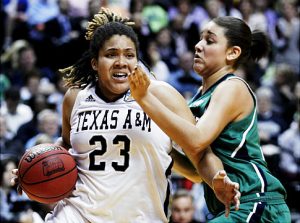 Remember her? She only happens to be the Championship Game MVP putting up 30 Pts, 9 Reb, 1 Stl, 1 Blk. Danielle scored the second-most points in a championship game (Texas Tech’s Sheryl Swoopes had 47 against Ohio State in 1993). The sad thing is that nobody is talking about Danielle… she hasn’t gotten any twitter shout outs from Wayne or Breezy saying “Good Luck to my wifey Danielle Adams tonight with your voluptuous self #More2Love…”. Up until now her name hasn’t been mentioned at all. Unfortunately, her accomplishments were overshadowed by Diggins’ pretty face… that’s not backwards to y’all??? LOL. The mere fact that I have not heard one guy mention  her name is baffling and pretty much confirms the above statement… “Aesthetics & Athletics” my behind…. let’s keep it real and drop the athletic part. Obviously athletic ability goes unnoticed in women’s sports if you’re not thin, light-skinned with long hair…Oops, did I say that out loud?!

Is there a double standard?
She Said: This is the part where I throw up both my hands and yell DUH!!! I talked about this over a series of tweets:
“If I watched the Saints play in the NFL championship game and all I talked about was how good Reggie Bush’s butt looked in those tights… eventually people would get annoyed…HINT!!! You thirsty ninjas. Not only that, but I would get called a groupie & a bopper… it’s such a double standard…”.

Heres the thing, I totally get it! Diggins is a beautiful girl and she can flat-out ball, that’s attractive. As a former collegiate athlete it’s encouraging to see femininity on the come up in women’s basketball. Furthermore, I enjoy watching fine men dominate their sports.  That’s not the issue. The issue is that men have been very vocal about their crushes etc, and its has overshadowed these women’s skill. However, if a woman did the exact same thing, she would automatically be stereotyped.

He Said: I’ll just say this… 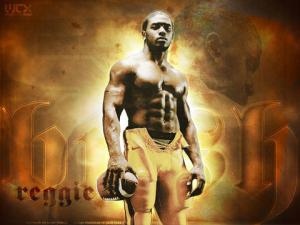 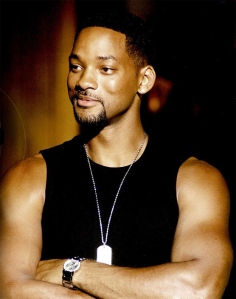 Women see certain movies with certain actors and watch certain games with certain players because they find one or more attractive.  I don’t completely agree with these ladies’ beauty overshadowing their skill.  If we just wanted to see a pretty woman, we’d watch TV, go to our favorite site, or pop in our favorite umm…movie.  Pretty women aren’t hard to find.  Pretty women who happen to be very good athletes aren’t as easy to find.

I was on Twitter Tuesday night and saw many women voice their displeasure with men tweeting and drooling over Skylar Diggins.  In so many words, women were asking why it’s okay for men to openly announce their attraction to a female athlete, but women are labeled thirsty/groupies/boppers if they do the same with male athletes.  That’s a fair question, and I won’t say that I have the answer.  I will say that there is a double standard mostly because men aren’t pursuing and chasing women (female athletes) to get money, cars, and clothes.  I’m not implying that all women do that, but there are many who do.  Yes, there are trifling men looking for sugar mamas, but most men with an ounce of dignity don’t.  Sorry ladies, the groupies, boppers, and golddiggers of the world (and the athletes who entertain them) have truly made this a double standard.  At the end of the day, though, we (men) were watching.  Some of us might have been watching for different reasons, but the fact of the matter is that women’s athletics reached a huge male audience.

Can the sport build off of this or was Tuesday night just a flash in the pan?
He Said: Tuesday night, the stars aligned.  The last basketball game most of us saw was a horrible exhibition of basketball that called itself a championship game.  A&M and Notre Dame both had players on their teams that garnered the gaze and attention of people.  UConn and/or Stanford were nowhere in sight for another predictable championship matchup.  A&M and Notre Dame were both very good teams with very good players.  The game lived up to the hype.  Will all of that happen again?  It could, but probably not.  What women’s basketball has going for it is Skylar Diggins.  She’s only 20, so I see her becoming the face of women’s basketball instead of being an overnight celebrity.  I’m definitely a fan.

As far as men’s basketball is concerned, we might be seeing the “one and done” players hurting the game.  It’s hard for the big dogs to continually rebuild their programs year after year, while the mid-majors are stockpiling decent talent and developing years of team chemistry.  We haven’t seen the last of the mid-majors crashing the party.  In my opinion, this plays into the hands of women’s basketball if Monday’s championship between UConn and Butler is any indication of the way March Madness will end in years to come.

She Said: Tuesday night’s game was huge for women’s basketball and definitely gave us the momentum that we needed. I definitely think that the sport can build off of that game, especially since men proved that they can actually sit through an entire women’s game and enjoy it.  Now their reasons for enjoying is another thing 🙂

Posted by embossme on April 7, 2011 in Beauty, Double Standards, Sports

← Hope SPRINGs Eternal Pt. 1
Paul Ryan, The Poor, and The Failings of the Modern Church →

4 responses to “He Said/She Said: Women’s Basketball – The Aftermath”