From the Rough: A Movie We Can All Embrace

I’ve been quiet for a while, but I wanted to show some love to a movie that I recently had the pleasure of screening.  It’s the heart-warming, refreshing, and true story of a men’s golf team at Tennessee State University that is coached and led by Catana Starks (played by Taraji P. Henson). LeToya Luckett, Michael Clark Duncan, and Tom Felton (for you Harry Potter fans) join Henson on the screen to show the trials, tribulations, and triumphs of a golf team that is forced to come together or risk falling apart. Each character must face past demons and fears to emerge from the rough on the golf course and in life.

A few things came to mind after I screened this movie. I was reminded of several movies with sports backdrops like Seabiscuit, The Blind Side, and Remember the Titans when I watched this film. It’s the classic underdog story with so many layers such that you get a good sense of every character and his or her story in the film. It was also refreshing to see another film centered around a historically black university. We’ve seen “Drumline” and “Stomp the Yard”, but this one provides another viewpoint of the HBCU experience.

Personally, I enjoyed the film, and the way that it brought pressing issues to the forefront. This movie finds a way to shed light on race, culture, gender, socio-economic status, love, defeat, and triumph and wrap it all into one movie about one team. I’m excited to see what happens with this movie once it is released to the public in the Fall.

I hear a gun cocking behind me. I keep running. Out of the corner of my eye, I watch as a bullet just barely sails past my face, nicking me on the cheek. It stings like fucking hell. The shooter isn’t aiming to kill, though. I understand that. The shooter just wants me to stop. But stopping is something I cannot do. I keep running.

“Fuck!” I hear the voice behind me exclaim. I hear the footsteps pounding upon the pavement, hear the huffing and puffing, the hard breathing of someone who can’t afford to fail. They know like I know that it will end tonight. As I run, I look around the abandoned railroad yard I’ve been chased into. I look for an out or at least for some place to catch my breath. I dart between the two stationary boxcars and run for the set of buildings I see just past. I run up to the door in the building on my right, attempt to jerk it open. Fucking shit, it’s locked!

I look back behind me briefly. They haven’t caught up yet. I run towards the building on my left, try to pull open its door. That one’s locked, too. Quickly, I pick up a brick from off the ground and smash it through one of the building’s windows. I don’t intend to climb through it. No, no, the purpose of that is to distract them, to make them think I’ve hidden there… I run to through the next set of buildings, try the doors. Still locked out. I keep running. Finally, in the second to last building on the left side, a door breaks free. I sigh deeply and look up at the heavens, then go inside, making sure to shut the door behind me as quietly and carefully as possible. From there, I find a set of metal shelves and boxes to hide behind. I can’t hide here forever, I know that; I just need a moment to catch my breath… to figure out how it had all gone wrong.

END_OF_DOCUMENT_TOKEN_TO_BE_REPLACED

Posted by Jay Howard Gatsby on July 21, 2011 in #LIQUID, Literature

The gasp tumbled out of my mouth almost as soon as I saw what was going on.

Before then, it had been a typical day for me. I was six years old at the time, and my brother was fourteen. In the spring, he would walk over to the elementary school when he got out of his last middle school class to pick me up, and together, we’d walk back home. Ordinarily, we’d get home and I’d plop down on the living room couch, watching cartoons while my brother got to work whipping something up for us to eat in the kitchen. But that day, almost as soon as my brother had unlocked the door, we’d heard loud noises coming from the basement. My brother told me to ignore them, so at first, I thought I’d just been hearing things. Except the noises kept coming from the basement… and they kept getting louder… and louder… and louder. My brother told me to turn the television up. I listened to him.

END_OF_DOCUMENT_TOKEN_TO_BE_REPLACED

Posted by Jay Howard Gatsby on July 7, 2011 in #LIQUID, Literature

Unemployment and job-hunting are sent from the devil. I’m convinced that Satan and Satan only could have devised such an ingenious method, and it is perfectly brilliant, to sap people of there soul and self-dignity.

You begin in earnest and set out to prove your worth in the field that you studied in school. Sending out resume’s and follow-up emails your met with something of an invisible wall. Human Resource departments see that they’re in a buyer’s market and have almost uniformly adopted a hire slow method. It’s either that or hire a friend. So you wait and while your responses roll in at a glacial pace you slowly realize that this will not be the cakewalk envisioned during your naïve days, “happy days” will be how they are uttered before too long. You go through 15 different resume’ iterations and do your best to hone your introductory letter so that it strikes the pitch perfect balance between ambition, confidence, and quiet dignified desperation.

END_OF_DOCUMENT_TOKEN_TO_BE_REPLACED

Posted by Chad Stanton on July 7, 2011 in Daily Distractions 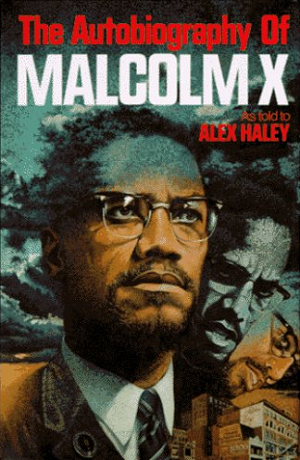 "The most important book I'll ever read..."-Spike Lee

For the first time in a long time I decided to read recreationally and heed the advice I gave readers (about educating ourselves) in my first post. Naturally intrigued by history and its protagonists, I am drawn to autobiographies. Hence I chose the Autobiography of Malcolm X as told to Alex Haley [many years before Roots]. END_OF_DOCUMENT_TOKEN_TO_BE_REPLACED

Posted by fnasty on July 7, 2011 in Black people need to read more, Uncategorized

Through the Good and the Bad, Sonic is Still Standing 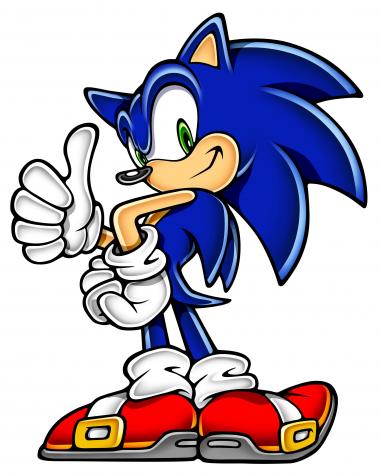 Sonic the Hedgehog is on the Mount Rushmore of video game characters. This isn’t up for debate. Simple facts. The problem is that his career can also be likened to that of a Daryl Strawberry. Amazing player but off the field baggage(IE some of the gaming career moves) has given his career a black eye with a few teeth missing. Now this post is coming from the fact that I just realized there will be a new Sonic game, Sonic Generations, put out in November this year. It seems like an interesting game and I’ll definitely be picking it up. This is due in large part to the fact that I have nothing really to look forward to for the rest of this gaming year. Most of the titles I want are coming out next year. This is Sonic’s 20th birthday this year. It’s been 20 long, turbulent years for this blue, speedy hedgehog. The years have also not been so kind for him as Sega has tried to reinvent him several thousand times and some have worked…. Like Sonic Adventure

Sonic ran fast enough to run on top of a killer whale.... What's not to love?

WHO THOUGHT IT WAS OK TO GIVE SONIC A SWORD?!

THIS GUY HAS A GUN FOR HEDGEHOG'S SAKE!!!!

It’s like when you finally meet the girl of your dreams and you realize that A) She has the brain of an acorn and B) A personality as thin as a piece of cardboard. Sonic just keeps shattering our heart and we keep coming back hoping that he’s changed and he will treat us better this time. You know what was great about Sonic games? When all he had to do was be in a side scroller and run across the stage and free animals. Oh yeah, and collect rings and do it in the fastest way possible. I will say that I really dug Sonic Unleashed which was the Sonic incarnation that had him split the game as his usual self and as a Werehog. Far fetched I know, but it worked out pretty well. That and the Sonic stages were also as fast as anything I’d ever seen him. But then there’s all this extra junk story involved and all I want to do is beat Dr. Robotnik. Not too much of a request.

So with Sonic’s 20th birthday, I hope he’s gotten out of this dark phase of his life and is turning that corner and has all those bad games behind him. One can dream….

Posted by The Big Socrates on July 7, 2011 in Gaming, Uncategorized